You are here: Home1 / About WCHM2 / Our people WCHM 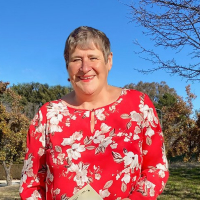 Marcia has been the Chief Executive Officer of Women’s Health Matters since March 2009. Prior to that she served in various roles as a senior manager in the private and government sectors, including at a Senior Executive level in the Commonwealth public service. She has worked in advocacy, policy development and implementation of human services delivery.

Throughout her career Marcia has worked to ensure that the voices of community organisations, businesses and peak bodies are involved in the design and delivery of government services. In her current role, this focus has translated to ensuring that ACT women have a voice in influencing policy and service approaches.

Marcia is an Australia/ New Zealand School of Government (ANZSOG) Executive Fellow and Chaired the ACT Domestic Violence Prevention Council for many years.

She is passionate about women’s safety, addressing the issues of domestic and family violence and sexual violence, and advocating for more responsive solutions to women’s experiences of housing and homelessness. She has successfully brought together government, community and private sectors to collaborate on an improved response to domestic and family violence in the ACT. Her other areas of expertise include women’s sexual and reproductive health, women in the justice and corrections systems, women’s mental health and wellbeing, the need for gendered responses in service delivery, and the importance of appropriate and targeted health information in the ACT for women.

In 2019 Marcia received the Ministerial Award for her “Exceptional contribution to raising the status of women in the ACT”. She was inducted into the ACT Women’s Honour Roll in 2020 and was also a finalist in the Community and Government category of the Telstra ACT Business Women’s Awards in 2011.

Pip joined Women’s Health Matters in 2017 as a Health Promotion Officer. Having graduated from Deakin University with a Bachelor of Health Science majoring in Health Promotion, Community, Family and Health and Nutrition, and previously having worked supporting women with nutrition education and improving health literacy, Pip brings with her considerable knowledge and experience in women’s health education and promotion.

Pip is a passionate advocate for the fair and equal treatment of women involved in the criminal justice system. She is involved in advocacy and health promotion projects aimed at improving conditions and health and wellbeing outcomes for these women. Her motivation to work in this area comes from her understanding that many of them have complex and difficult lives which are often impacted by past trauma, domestic violence, and homelessness.

Pip’s expertise also includes improving the health and wellbeing of women having babies in Canberra and she is involved in various advocacy and health promotion initiatives for women throughout pregnancy and the peri-natal period. She is also passionate about improving women’s access to the services and supports they need and improving access to appropriate and affordable housing for women in the ACT. 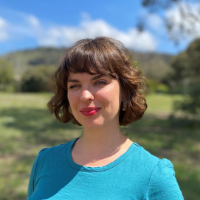 Amber began as a Health Promotion Officer at the Women’s Centre for Health Matters in 2017. She gained her Dietetic qualifications at the University of Canberra where she studied Biochemistry, Microbiology and Public Health.

With her past experience in varied primary health care settings, such as aged care facilities, hospitals and medical centres as an Assistant in Nursing, a Nutrition Assistant and as a Dietitian, Amber has professional insight about women’s health issues in her areas of expertise: chronic conditions, physical activity, older women’s health, the needs of same sex attracted women, women’s safety in public spaces, population health behaviours and nutrition.

Amber’s skills in social research and health promotion relate to highlighting hidden disadvantage and the social determinants of health for women. She is passionate in advocating for equality and equity especially for diverse groups of women in the ACT and surrounding areas.

Julia joined the Women’s Centre for Health Matters as a Health Promotion Officer in 2017. With a Bachelor of Science Degree in Psychology and Neuroscience and a Master of International Public Health, Julia’s previous experience has had a mental health focus through researching dementia and music at the MARCS Institute of Brain, Behaviour and Development, interning in the Mental Health and Substance Abuse Unit at the Western Pacific Regional Office World Health Organization in the Philippines, interning in the psychological counselling and therapy at the Children’s Hospital #2 in Ho Chi Minh City, and research in road traffic accidents and trauma in Vietnam with the University of NSW.

Julia’s area of expertise lies in mental health and wellbeing and sexual and reproductive health (SRH). Her focus areas at Women’s Health Matters have been in SRH research and policy (aimed at young women and all women of the ACT) and mental health, with an interest in Borderline Personality Disorder, reduction in self harm, suicide prevention and youth mental health. As a keen bike rider, she is also interested in contributing to ACT’s active travel and women’s safety in public.

She implements her health promotion skills through social research, organising training workshops, and using technology to develop websites and film. Julia is Women’s Health Matters’ representative on the Reference Group for the ACT’s Public Health services for Eating Disorders Project, combining her interest and expertise in mental health and women’s wellbeing, ensuring that a women’s perspective is represented on the Reference Group.

Sandra joined Women’s Health Matters in 2018 in an Office Administration role which grew to include the role of Communications Officer for the organisation in 2019. Sandra’s area of focus is communicating Women’s Health Matters work across all the organisation’s media platforms and understanding and analysing stakeholder engagement. She is also actively involved in the development of health promotion projects, initiatives, and events.

Sandra brings to the organisation a wealth of experience and knowledge in gender equity and women’s issues, having graduated from the University of Winnipeg (CA) with an Honours Degree in International Development and Conflict Resolution Studies, as well as many years’ experience working in health policy and program development for NGOs both in Australia and Canada. Adding to her skills and expertise, Sandra is multilingual, speaking English, Spanish, Portuguese, and French!

Sandra is a passionate advocate for gender equality, affordable and appropriate housing for women, public transport, and sexual and reproductive health.